Mageia 4 is a GNU/Linux distribution for your computer, released by the Mageia community. It can be installed in several ways, with the Live or Classical ISOs being the most popular methods.

Live ISO's let you try Mageia without installation. Use these instructions to put the Live ISO on a CD, DVD or USB device. Then you can run Mageia 4 directly from there, and try Mageia using one of the graphical user interfaces such as GNOME or KDE.

If you are happy with the Mageia experience, you can then install it onto your hard drive from the Live media.

The Classical ISO is the more traditional way to install Mageia directly. Take a look at the complete documentation for this installer.

There are lots of applications in the official repositories. You can have a look at the Mageia Application Database to get a complete list of packages inside Mageia.

There's plenty of new goodness in Mageia 4, too much to include here - see the release notes for an extensive exposé.

To help users configure and use Mageia, and to provide some information about the community and the project, we've added the new MageiaWelcome.It starts automatically when a session opens for the first time in any of the graphical environments.

There's been a lot of work done on Mageia software. Many packages were ported from Gtk2 to Gtk3, to use more modern components. We've also ported all the tools from the deprecated usermode to polkit when privileges are needed.

TexLive used to need around 1GB of data for installation - now it's separated into 3 packages which will usually mean a much smaller footprint. 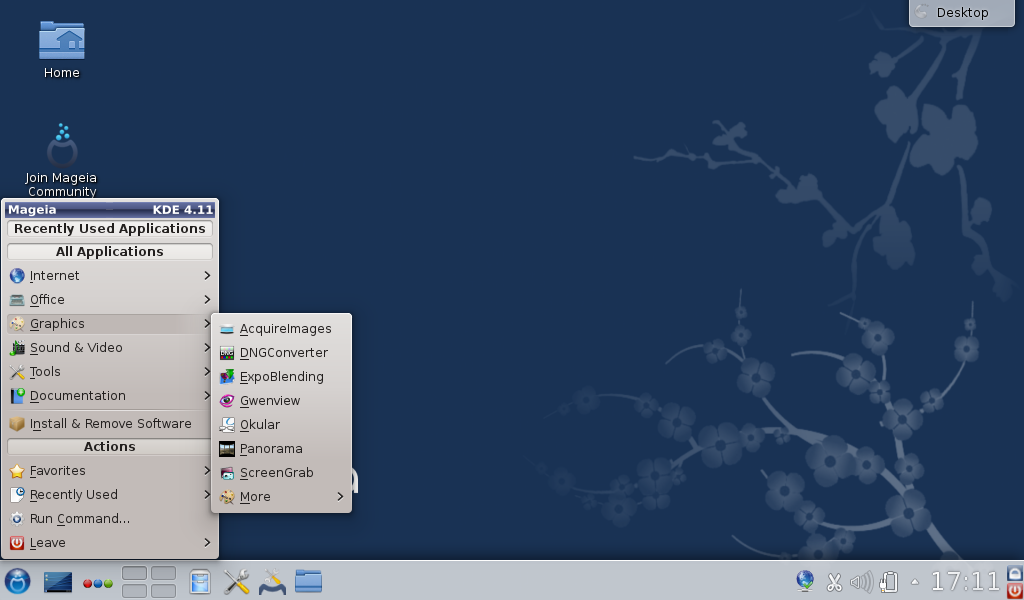 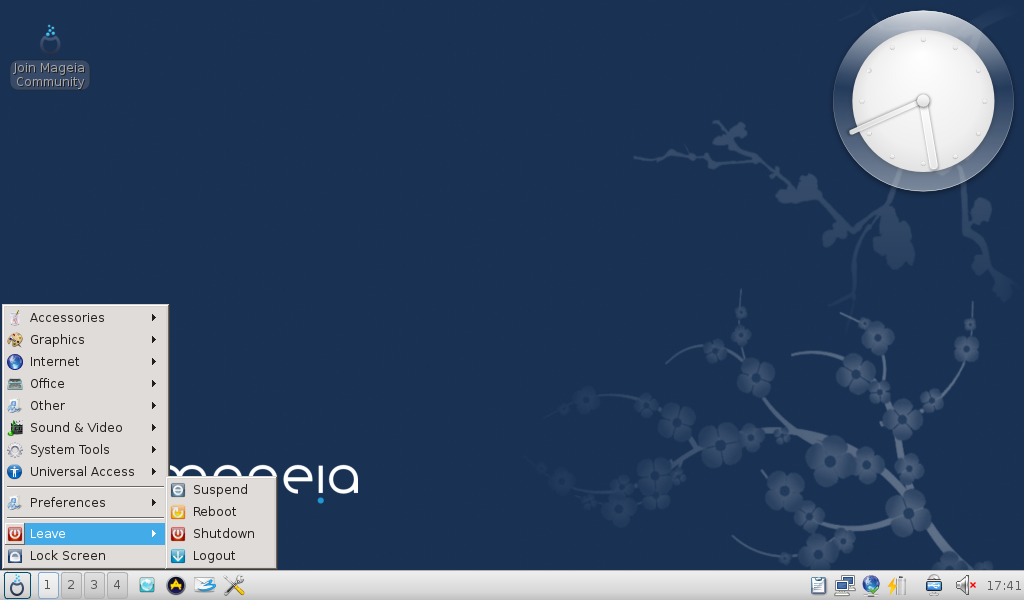 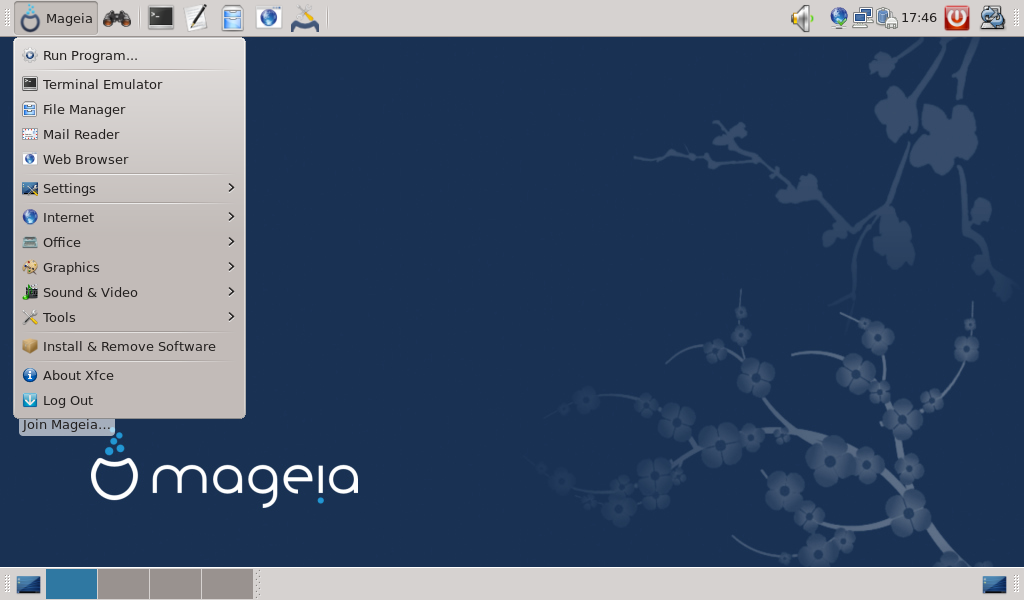 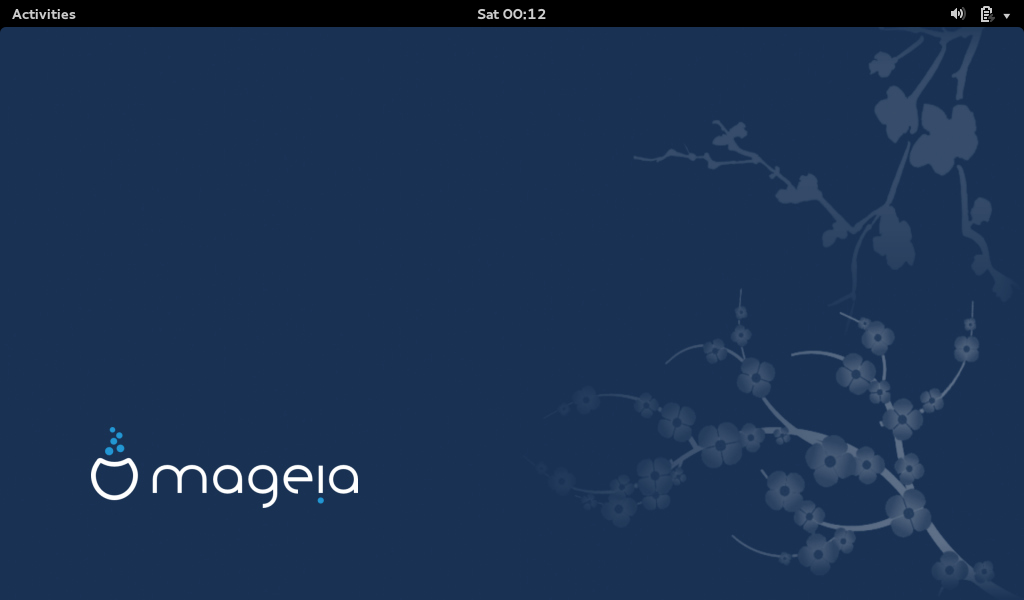 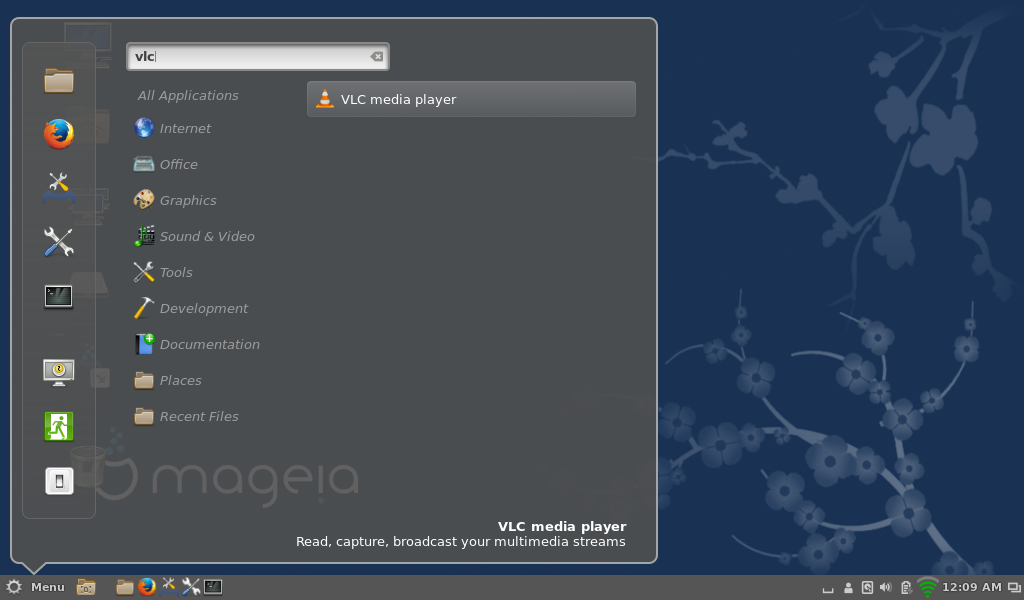 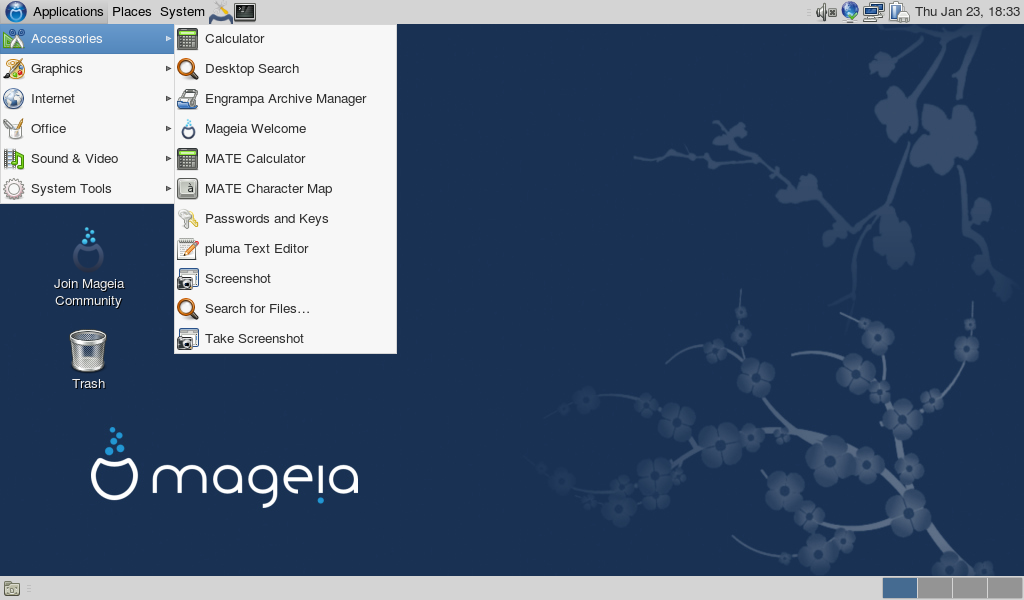 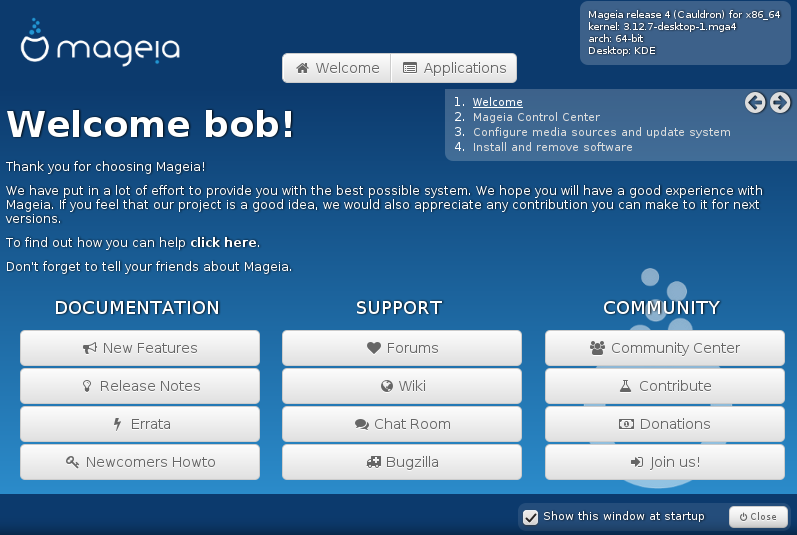 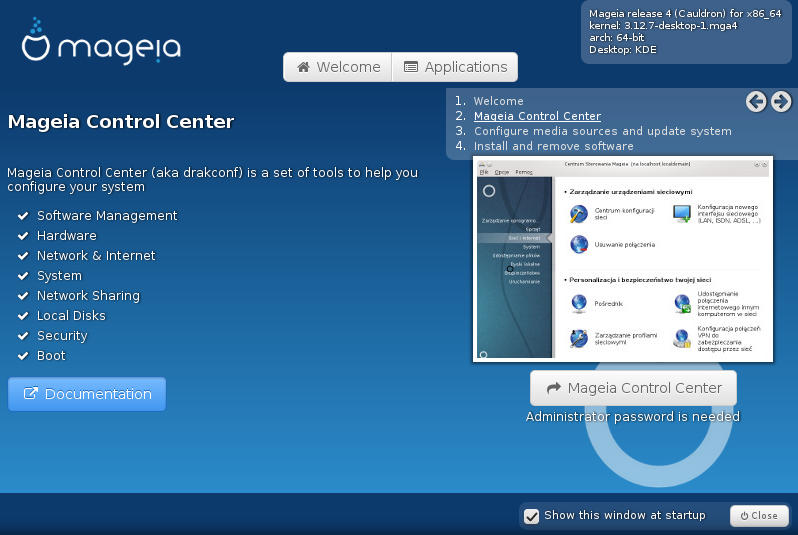 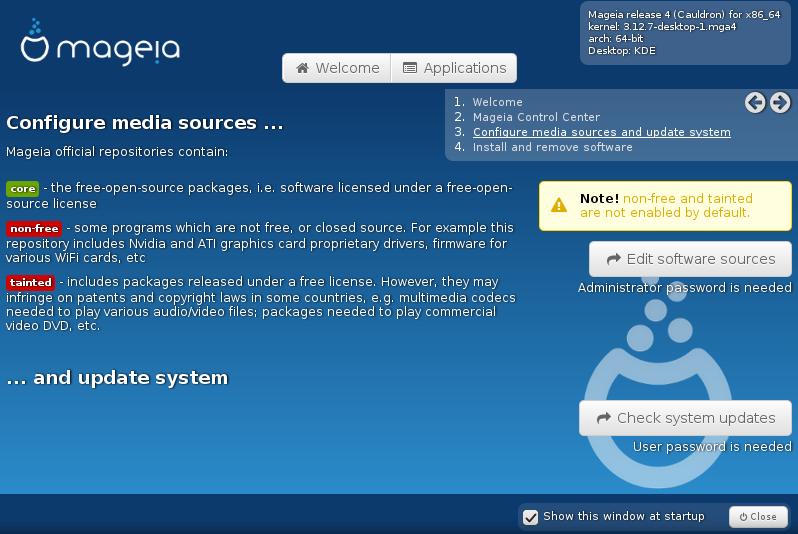 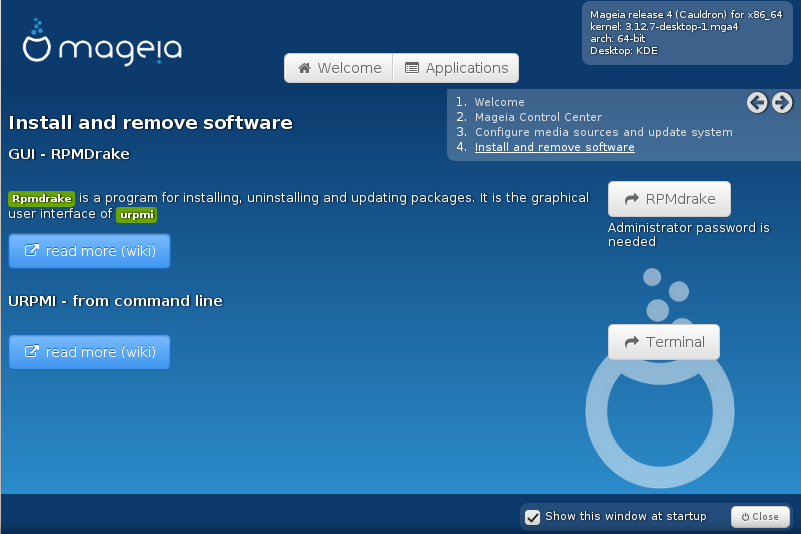 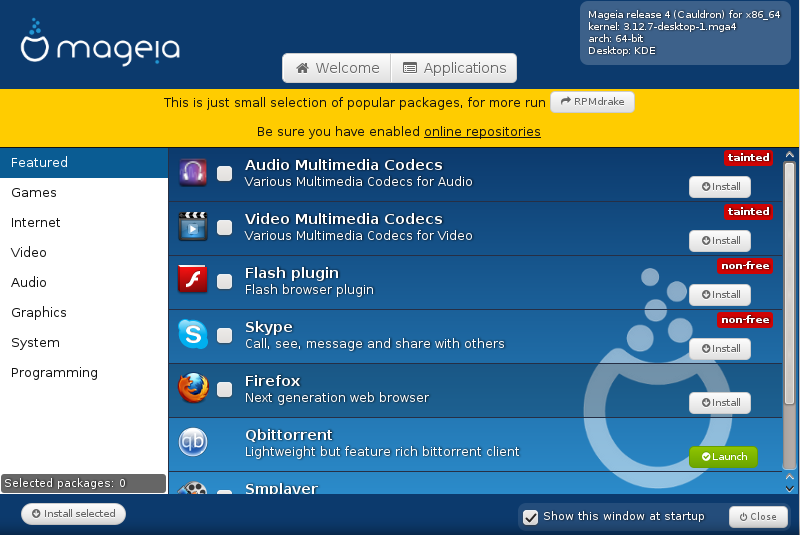 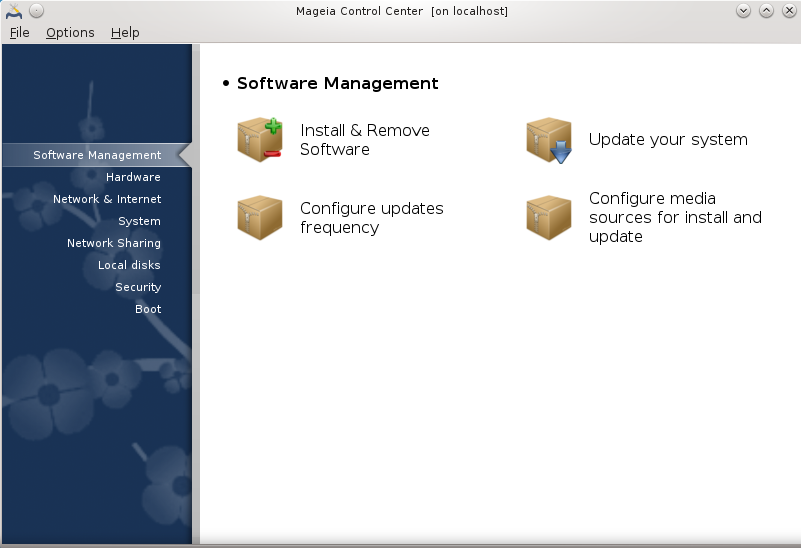 Mageia is both a Community and a Linux Distribution, with Mageia 4 being our fourth release.

Mageia 4 is supported by the Mageia.org nonprofit organisation, which is governed by a body of recognized and elected contributors.

Mageia 4 has been made by more than 100 people from all around the world.

Our work adds to the excellent work of the wider Linux and Free Software community. We aim to blend all the excellent work done by the community, adding the special Mageia ingredients, to bring you the best, most stable, reliable and enjoyable experience we can make for regular users, developers and businesses.

We welcome new contributors to any of the many different teams that go to make up Mageia the Community, and we encourage you to join us.